Atlanta is the capital and most populous city of Georgia and serves as the cultural and economic heart of the Atlanta metro area. Initially founded as the terminus of a major state-sponsored railroad, Atlanta became the convergence point among several railroads which spurred its rapid growth. Atlanta has the 10th largest economy of cities in the U.S. and the 20th largest in the world. 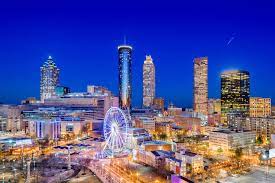 Its economy is considered diverse, with dominant sectors in industries including transportation, aerospace, logistics, healthcare, news and media operations, film and television production, information technology, finance, and biomedical research and public policy. The gentrification of some its neighborhoods, initially spurred by the 1996 Summer Olympics, has intensified in the 21st century with the growth of the Atlanta Beltline. This has altered its demographics, politics, aesthetics, and culture.

At McCauley Law Offices, P.C., our dedicated lawyers are committed to helping taxpayers throughout Atlanta and the surrounding areas find relief from tax problems and ending IRS involvement in their lives.