In it’s beginning, Coatesville became the home for varying cultures of Native Americans. The first known settlement in the area which would be known as Coatesville was a 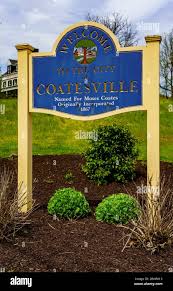 historic Lenape village built along the West Branch of the Brandywine River. This settlement was a post for fur trading with the earliest American settlers. The Brandywine River has featured prominently in the history of Coatesville. Located in Chester County along the Lancaster Turnpike, Coatesville began developing in the late 18th century, spanning the “Main Line” U.S. Route 30 highway that runs left of Philadelphia. Further development was seen during the early 20th century with the growth of the Lukens Steel Company and other industry. Industrial restructuring reduced jobs and the population of Coatesville declined. Lukens was bought and sold numerous times since 1997 and as of 2020, is owned by Cleveland-Cliffs who acquired the U.S. operations of ArcelorMittal.

At McCauley Law Offices, P.C., our dedicated lawyers are committed to helping taxpayers throughout Coatesville and the surrounding areas find relief from tax problems and ending IRS involvement in their lives.