Located in Chester County, Kennett Square is the known as the Mushroom Capital of the World as the mushroom farming in the area produces over 500 million pounds of mushroom 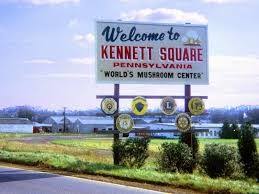 s each year, which equates to about half of the mushroom crop in the United States. Kennett Square is considered a suburb of both Wilmington, DE and Philadelphia, PA due to its location. The area was originally inhabited by the Lenape Native Americans, once colonized, the area was names Kennett Square after Kennet, England and Square originated from the land grant from William Penn of one square mile. General Howe marched through Kennett to the Battle of Brandywine during the American revolution. Kennett square was also known as an important part of the Underground Railroad which helped slaves escaping to the North for freedom. Many of its prominent citizens helped slaves escape on the Underground Railroad. In 1853, a group asked for Kennett Square to be incorporated, and by 1855 it held elections.

At McCauley Law Offices, P.C., our dedicated lawyers are committed to helping taxpayers throughout Kennett Square and the surrounding areas find relief from tax problems and ending IRS involvement in their lives.