Media was incorporated in 1850 and named the country seat of Delaware County. Land in the area was sold and settled closely after William Penn was names proprietor of the Pennsylvania colony. Peter and William Taylor purchased the land that is known now as Media directly from William Penn, and this land was initially part of Chester County. In 1 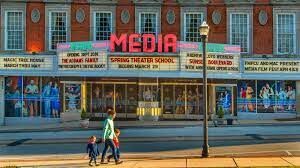 789 Chester County was divided and the eastern portion renamed as Delaware County, Media was included in this change. In June 2006, Media became the first U.S. town to attain fair trade certification, following in the footsteps of 300+ towns in Europe. To meet the criteria for certification, Media passed a council resolution in support of fair trade, served fair-trade coffee and tea in local government meetings and offices, ensured that a range of fair-trade products were available in local restaurants and businesses, raised popular support and provided media coverage for the fair-trade campaign, and convened a fair-trade steering committee to ensure continued commitment.

At McCauley Law Offices, P.C., our dedicated lawyers are committed to helping taxpayers throughout Media and the surrounding areas find relief from tax problems and ending IRS involvement in their lives.