The area was originally known as Turk’s Head after the inn of the same name located in what is now the center of the borough. West Chester has been the seat of government in Chester County since 1786 when the seat was moved from nearby Chester in what is now Delaware County. The borough was incorporated in 1799. In the heart of town is its cour 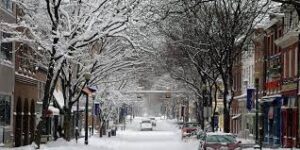 thouse, designed in the 1840s by Thomas U. Walter, who was also one of the architects for the Capitol Building in Washington, D.C. In the 18th century West Chester was a center of clockmaking. In the late 19th century the Hoopes, Bro. and Darlington company became a major wheelworks, first for wagons and later automobiles. In the early 20th century, an important industry was the Sharples cream separator company. In the late 20th century, Commodore International, one of the pioneers of home computers, established its headquarters in West Chester.

At McCauley Law Offices, P.C., our dedicated lawyers are committed to helping taxpayers throughout West Chester and the surrounding areas find relief from tax problems and ending IRS involvement in their lives.