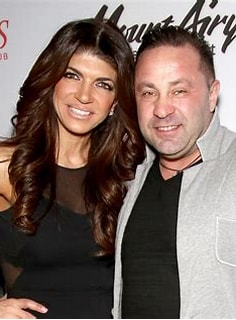 In 2014 breakout star of reality TV show “The Real Housewives of New Jersey,” Teresa Giudice was sentenced to prison, along with her husband Joe, for committing tax fraud and other financial crimes. According to the indictment, the Giudices failed to pay taxes on approximately $5 million of income between 2004 and 2008. They also lied to the bankruptcy court and provided false information on loan applications. As a result of their actions, the Giudices were each sentenced prison followed by supervised release. Teresa was sentenced to 15 months, ultimately serving 11 months in prison. Joe was sentenced to 41 months in prison. Upon his release, he was taken into ICE custody and ultimately deported back to his native Italy.

If you are found guilty of either crime, you may face significant fines, imprisonment, and other penalties. It is important to accurately report all income and pay the full amount of taxes owed, and to provide truthful and accurate information on loan applications. Failure to do so can result in significant fines, imprisonment, and other penalties.

If you have any questions or concerns about your tax obligations or loan applications, it is advisable to seek the advice of a qualified tax attorney.

We offer completely free, no risk consultations. Contact us today and let us get the IRS off your back. Tax controversy resolution is what we do, it’s ALL we do.