McCauley Law Office successfully negotiated an Offer in Compromise with Doubt as to Collectability Due to Exceptional Circumstance with the IRS whereby the taxpayer was able to settle their $36,568 back tax liability for $750.

In this particular instance, the taxpayer had the funds in order to pay the IRS in full, however, our firm was able to convince the IRS that it was both in their and the taxpayers best interest to settle.  This particular type of OIC is commonly referred to as an Effective Tax Administration.

To establish Effective Tax Administration, one must show that an exception circumstance exists, whereby the collection of tax would create an economic hardship, or there is compelling public policy or equity consideration that provide a sufficient basis for compromise.  This taxpayer was suffering from a medical condition that rendered them incapable of working and earning an income in the future.  The taxpayer was collecting Social Security Disability Income that provided for their current needs on a cashflow basis in addition to over $100,000 in cash and securities.  We were able to exhibit to the IRS that the taxpayers’ medical needs would increase over time whereby they would eventually need to use those cash reserves.

If you are in a similar position and would like to discuss the potential of settling your tax debts with the IRS, contact us today! 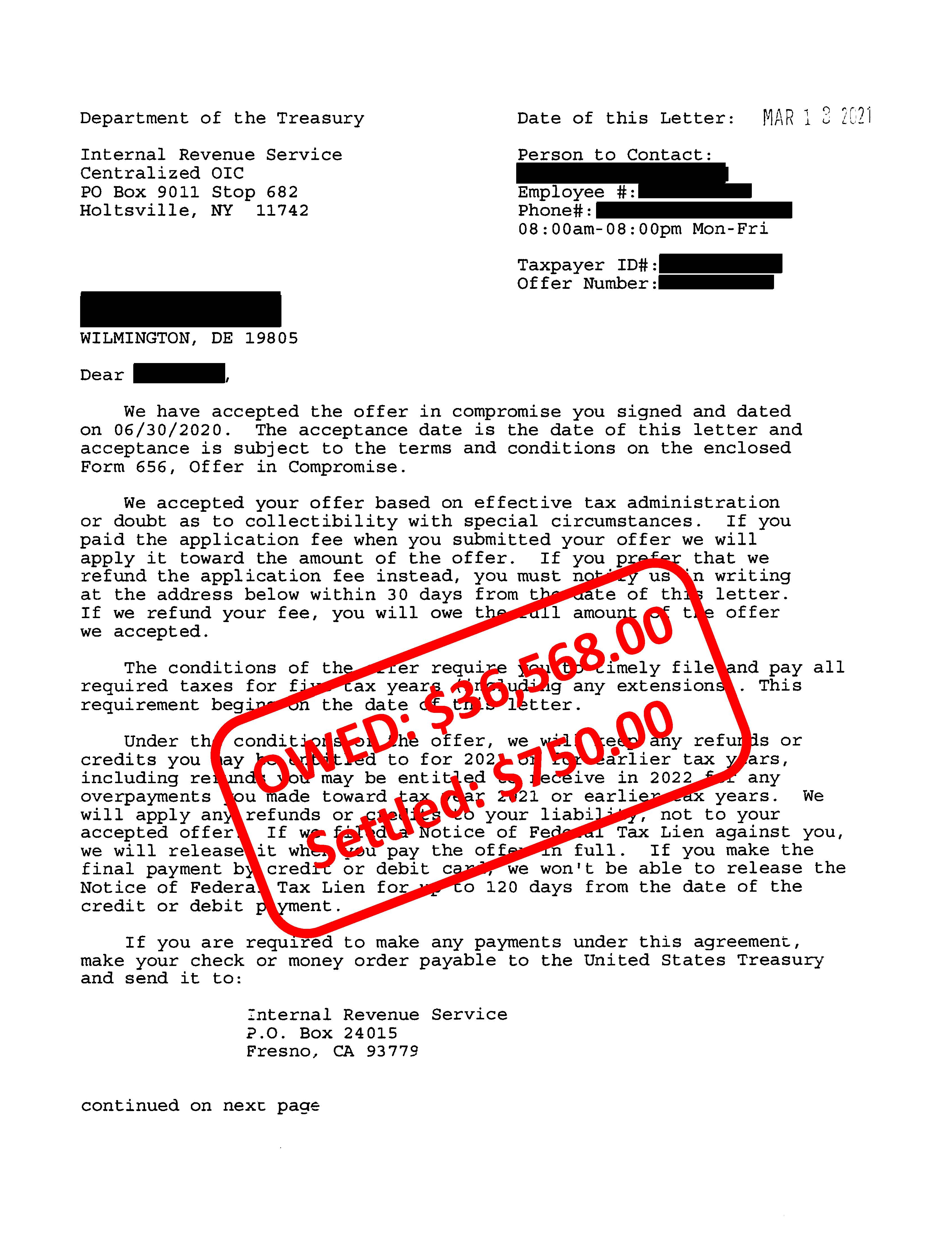